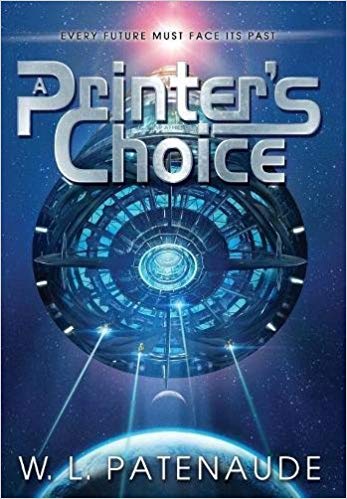 In the year 2088 there are 650,000 people living in space.  This new old has been made by printers that are so advanced (AI) they get to choose who can program them.  The first murder has occured in space, the victim is a programmer with a hidden identity, he was a Catholic priest so Rome is sending their best investigative priest with a background as a programmer to solve the murder.  One of the issues is that in the new world religion is not allowed. Another issue is that it appears that a thought to be dead cartel leader that killed most of the Muslims in the Americas has apparently resurfaced and is possibly behind the murder in the new world.

Patenaude has written a truly fascinating SciFi book filled with theology.  Most of which comes from Paul’s writings and Catholic doctrine. The new world he has created is amazing and the visuals imagined are outstanding.  I confess that I would love to see this made into a movie.

One thought on “Printer’s Choice by W. L. Patenaude”