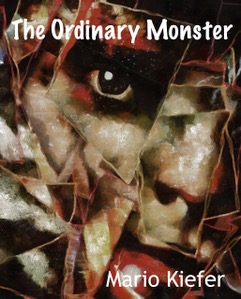 Mario Kiefer is a truly amazing author!  He fills his stories with what he calls “the ordinary”, and although they are ordinary, it is in Kiefer’s writing that they become extraordinary — a mother becomes super mom, a son becomes super son and a monster becomes super monster.  Kiefer writes in such a way that all you read becomes real, identifiable, relatable and True in the sense of truth. His characters are in fact about all of us. He delves into the soul and reveals both the good and bad inside of each of us.  Kiefer also leaves one asking the deep questions: what is abuse, is there such a thing as justice, are there demons in the world and can they be managed, how do you define a life well lived, does love conquer all and many more.

In this his fourth book and third in the Ordinary series, he tells the tale of Junior, the oldest son in the immigrant family of migrant workers in Texas during the 50’s and 60’s.  Junior leaves home at the age of 15 to escape his Father’s wrath and find himself.  His adventure is unfortunately marred by his need for revenge.  Before leaving, he witnesses his godfather’s attempt to kill his father, leaving his older sister shot, and loosing the three middle fingers on his left hand.  I do not want to ruin the story so read the book, you will be very glad you did!

One thought on “The Ordinary Monster by Mario Kiefer”