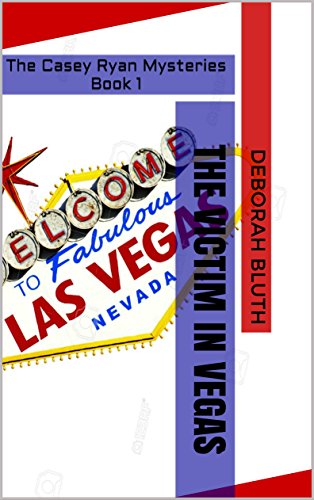 Case Ryan is a stereotypical computer geek, even to the point that he has made a ton of money but hides it from everyone, appearing to just be one of the managers for the software company he owns and letting the Board of Directors run the company.  Casey takes a team of employees to a conference in Vegas. This is an annual event and one of the things Casey looks forward to is running into Rosalia Martinez. He and Rosalia have a standing lunch date at the High-Tech conferences.

When lunch turns into more, Casey finds himself falling in love with Rosalia.  His timing is awful because soon after lunch she disappears. Casey gets his geek employees as well as some of Rosalia’s family and friends to help search for her.  As the clues pile up, the local police, one of Rosalia’s clients, and several unsavory characters all get involved. Casey discovers his team is pretty exceptional in many ways, makes new friends and finds out he can be a hero when his heart is involved.

This story is told in the first-person narrative.  There is a lot of adventure, some violence and some clever thinking on the part of those searching.  The police don’t end up doing too much of the work, but they do at least allow Casey and company to do their stuff.  This is an enjoyable, entertaining read.

One thought on “The Victim in Vegas: The Casey Ryan Mysteries Book 1 By Deborah Bluth”