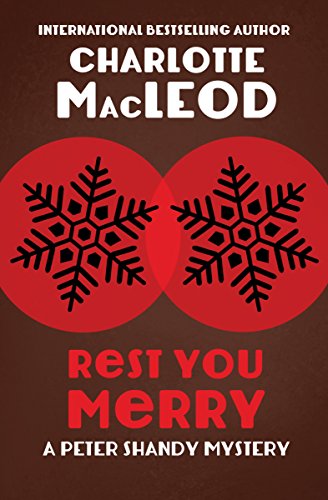 Being a small private school, Balaclava Agricultural College is dependant on fundraisers to keep the college running.  Given the vast amount of money made off the annual Illumination Festival each Christmas season, it is no surprise that there is only one person that desperately wants it stopped.  For years Professor Shandy has refused to participate and allow the committee to decorate his house, gaining him a rather dismal reputation in terms of the holidays. Unfortunately for those who would love to force the Professor to accommodate the festival, no one is going to force the man who developed the rutabaga plant that is the first major source of funding for the college to fall in line and participate.

Being fed up with the whole thing, the Professor decides to do the diabolical thing and hires an outside company to set up the most horrendous light display imaginable and skips town for a cruise, leaving the college in shock.  In a case of Karma wins, the cruise ship is forced to dock and cancel the cruise after just a day so the Professor returns home to find the head of the Illumination committee dead on his living room floor. The bungling college security calls it an accident, the halfwit sheriff agrees and to top it all off the medical examiner decides it is not worth looking into the death.  Professor Shandy is no dummy, not to mention that the dead woman happens to be the wife of his best friend, and decides it had to be murder and framing him was just the thing. The president of the school, in an effort to minimize potential damage, asks Professor Shandy to investigate. Taking the job seriously, Shandy uncovers not only the killer but some rather juicy secrets.

Rest You Merry is a fun, witty read for the holiday season.  It is not gruesome or graphic and even has a bit of a romance.  I highly recommend it for some light-hearted fun.