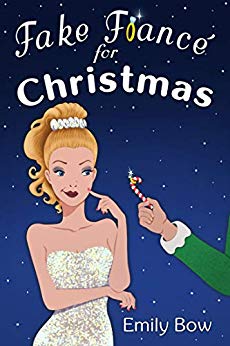 Holly is a senior in college and a member of a sorority.  She is working hard to get into Medical School and lives in the sorority house.  Christmas is approaching when the sorority house learns that their President is engaged to another student who is not only a billionaire but one of five brothers.  As luck would have it, Holly is her own person and even though she is loyal to her Sorority, she does not always get along with the President. The relationship becomes really strained when Holly gets “fake engaged” to one of the billionaire brothers.

I would never have thought I would enjoy this but dang if I didn’t! Holly, smart, nice and really pretty, agrees to help out a fellow college student over the holidays by being their fake fiance’.  Of course, there are funny mishaps, a crazy weekend trip abroad and amazing sexual tension between the two, but for the holidays, why not read something you just have to buy into? Great characters and very true to their role!