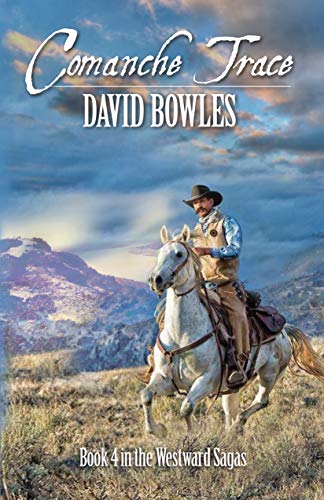 Winner of the North Texas Book Award for Adult Fiction 2020!

The Texas Rangers have a legendary status in Texas.  Like any organization, some of it is good and some bad.  Bowles’ novel takes the reader back in time to the early days of Texas when it was a Republic with its own President trying to survive attacks internally from various groups of Native Americans and externally from Mexico.  Will Smith, a Ranger, is caught up in the chaos caused by the Comanche raids on Austin.  When his brother is killed and his 9-year-old nephew, Fayette, is taken, Will pledges to his Mother that he will find Fayette and bring him home.

Little did Will know that this journey would find him caught in the struggles between the Republic of Texas, the Mexican government, and the Indian Nation.  Along the way, he discovers that President Lamar is planning an invasion into the Mexican Territory, falls in love, and helps some businessmen avoid prison.  There is certainly not a still moment in the story with political intrigue, gunfights, collecting scalps, and the struggle to find Fayette in the midst of everything else.

If you like a good western and enjoy history this is a great read.  The historical events are well researched and the fictional characters put the reader in the center of the developing state of Texas.