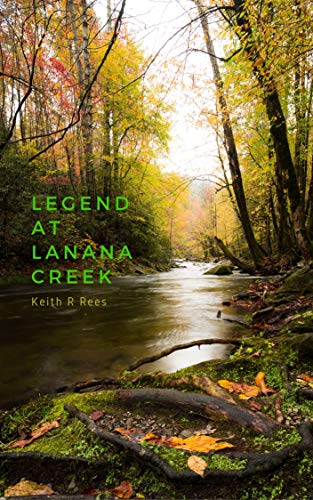 Although Legend at Lanana Creek is the second in a series, it can certainly be read as a stand-alone novel of historical fiction.  The book centers around the establishment of a Spanish Mission in 1716 in what was to become the city of Nacogdoches in Texas.  The chief of the Nacogdoches Indians had twin sons, Nakahodot and Natchitos. This is part of their story.

The novel is based on the legendary story of the great chief telling his sons that with his death, they must take the tribe and divide it between them, then take their respective halves and travel three days in opposite directions.  This is a story of the wisdom of the chief that was passed down to his sons and the difference they made in the developing states of Texas and Louisiana.  The journeys of the two tribes are often harrowing as they find their new homes far from each other.

Rees does an excellent job of researching the history involved and weaving a tale that supports the historical findings.  The story is told in an engaging manner that allows the reader to feel what it might have been like to live through this journey. This is an outstanding read of adventure and the early days of Texas.