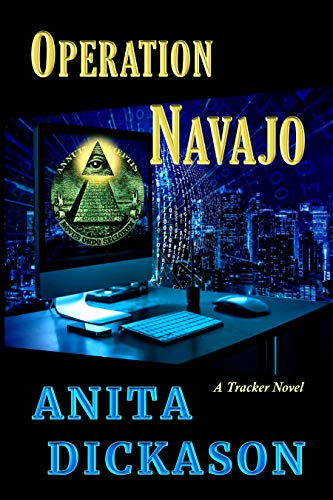 Although this is Dickason’s 4th Tracker Novel, it works perfectly well as a ‘stand-alone, cannot put it down’ novel!  As expected, Dickason has written another page-turning thriller that follows a case the FBI Tracker Unit is working on.  The case involves the Federal Reserve Bank and its chairman.  In a manner few authors can manage, this novel weaves a fictional tale of complicated financial procedures being manipulated in a story that threatens to crash the global economy.

The members of the Tracker Unit all have rare skills and are highly trained.  They work together as a carefully built machine that uses all of its parts to maximize output.  Their personalities are as different as night and day.  Not only do they complement each other, but the reader will come to know them so well, picking a favorite will be tough.  Each member of the team will be called upon to use their skills to protect the chairman of the Federal Reserve Bank as an assassination threat is uncovered during a plan to switch the U.S. dollar from the fiat money currency started by Nixon in 1971 to a gold-backed standard.

Dickason has done her research, making the historical aspect and the procedures of the Federal Reserve add an element of truth and reality to the story.  The reader cannot help but think there is a chance that the story could become reality.  As it is with really good writers the worst part of the book is finishing it and waiting for the next one to come out.