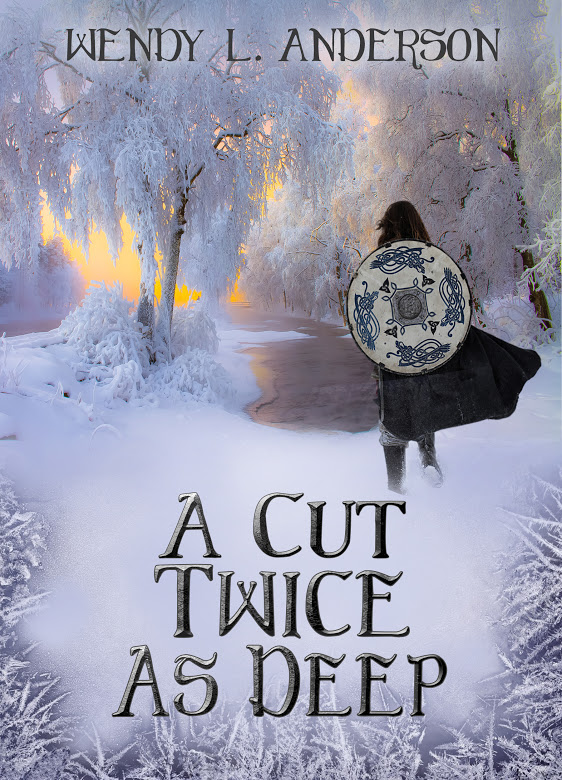 Liana and Deirdre are sisters and daughters of Gorsedd Gunnarson, Viking King.  They have spent their lives serving their father as he entertains his armies of men.  They know that they have little voice in their lives but are none-the-less shocked when their father announces one evening that the two of them have been sold to the highest bidders.  They will enter into marriage contracts that benefit the King with both financial gain and political support.  Liana will be married to Tiernan Lachlan of Lochlannach and Deirdre will go to Kearn Mac An-Bharain of Noreg.

The sisters are exceptionally close as the two of them are the only support they have.  Saying goodbye is extremely difficult in part because they are unsure they will ever see each other again.  Liana also has a love interest in Thorsten, whom she believed she would someday marry.  With one leaving by horse across the land and one traveling by sea, the separation seems even wider.

Anderson has woven a tale of two brave, strong, courageous women that manage against all odds to overcome adversity in their lives and live a life of joy.  Anderson takes the reader on a spellbinding journey of betrayal, kidnapping, fear, and love.  Her vivid imagery allows the reader to become part of the story, feeling the cold frigidness of both the weather and the people surrounding the sisters.

A Viking romance not to be missed!

One thought on “A Cut Twice As Deep by Wendy L. Anderson”