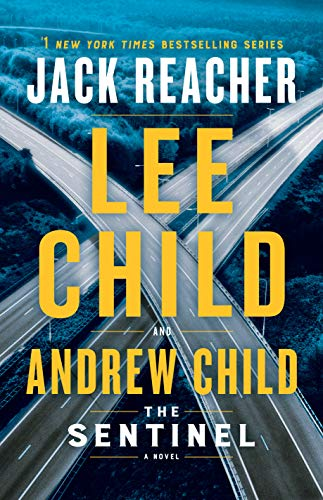 I love Jack Reacher so I was a little, okay, more than a little concerned that when Lee Child decided to retire and turn over the series to his younger brother, Andrew Child that Jack was going to go down the proverbial drain.  Yes, I know Andrew Child is an author with a number of books and good reviews to his name but still – how do you hand over Jack Reacher?  I am pleased to report that not only is this a great Jack Reacher story but it may be one of the best!

Reacher, still being very much our beloved Reacher, is once again traveling down the road when he catches a ride with an Insurance guy going to a small town in Tennessee.  The town is not exactly where Reacher wanted to go but it is going.  Upon arrival, the Insurance guy drops Reacher off on the main street and takes off leaving Reacher behind to discover the town.  It is not long before Reacher sees the beginning of an ambush on a guy walking down the street.  Naturally, Reacher steps in and handles the situation and finds himself being hauled off to jail.

Rusty Rutherford has been fired and he is furious.  He told the people he worked for that they were wrong, he told them what was going to happen if they did not heed his advice, he made it perfectly clear, and then when it happened he loses his job.  The idiots that didn’t listen still had their jobs and on top of it, the entire town thought he was to blame.  On top of everything else, someone just tried to ambush Rusty and he ends up being saved by some drifter.  Can it get any worse?

Clear your calendar for a few hours and enjoy this fast-paced action novel!