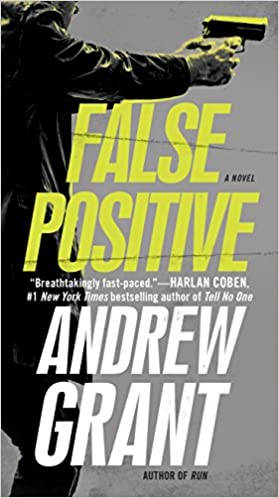 Honest disclosure:  I read the most recent Lee Child book about Jack Reacher last month and was a little nervous about whether or not it was going to be any good since Child has decided to retire and is in the process of turning Jack Reacher over to his brother.  This translates into the new book being written by both Lee Child and his brother (Andrew Child).  The book was terrific, but I wanted to know more about Andrew Child.  It turns out that Andrew Grant, who has been writing for years, is in fact Andrew Child.

Set in the deep South state of Alabama, Grant has written an intriguing tale of a sinister serial killer, with a mission to eliminate a particular group of people.  Detective Cooper Devereaux, a rough around the edges, no apologies kind of guy is determined to solve the case.  His new partner, Jan Loflin, has just come back from a serious meltdown after being undercover for too long.  This story is deeply twisted, keeps you on the edge and stunned at the man’s writing skills.

My first response upon finishing the book was why have I not heard of him before!  It is my firm opinion that Lee Child made the right decision turning Jack Reacher over to Andrew Grant/Child.  Andrew Grant is in the same league of writers like David Baldacci, John Sandford, Michael Connelly, and Craig Johnson!