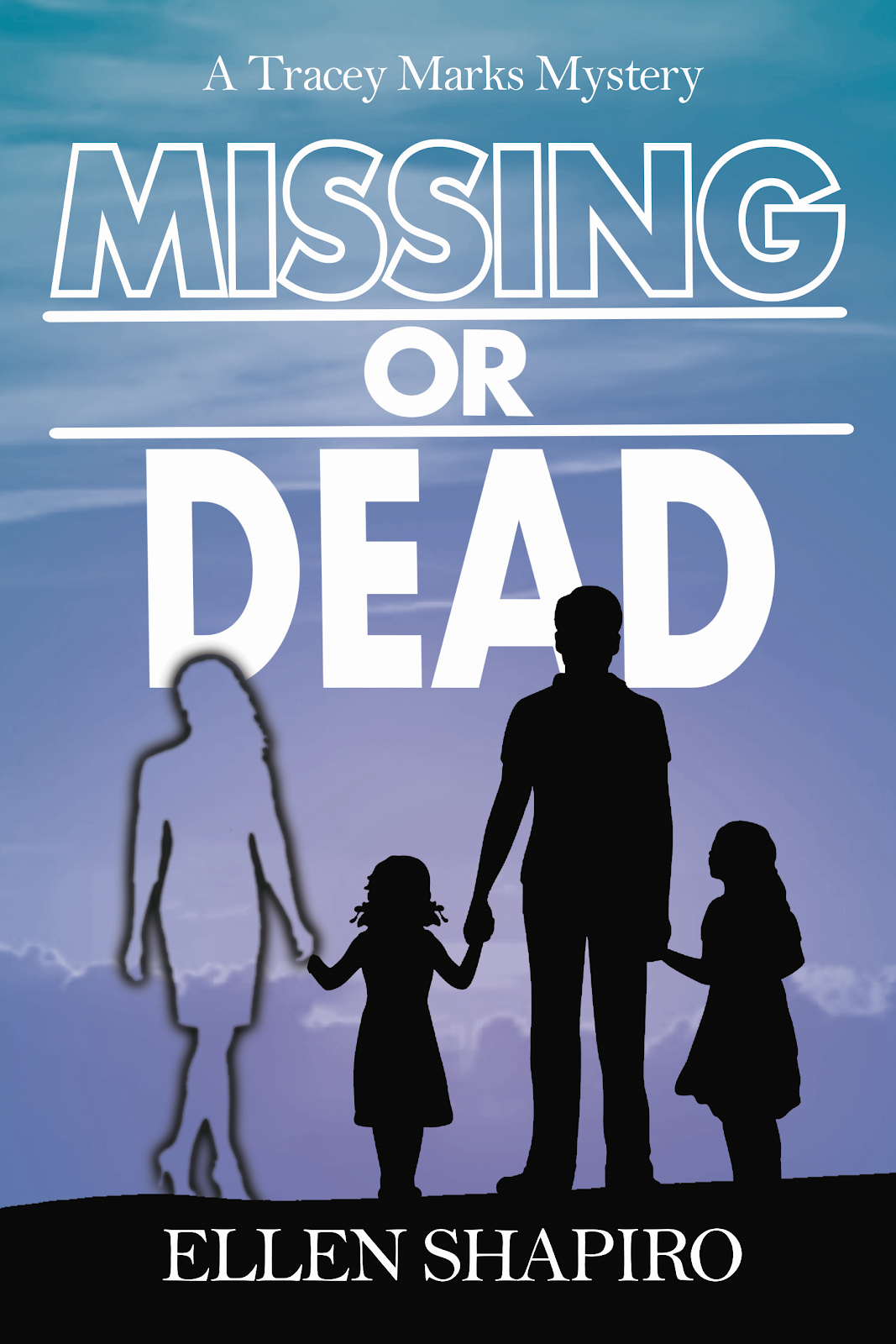 The newest novel in Ellen Shapiro’s Tracey Marks’ mystery series is definitely her best work to date.  Having thoroughly enjoyed the first two I was excited to get my hands on this one.  I read it in one sitting!  The main characters are back, which is like catching up with old friends and Tracey is on a fascinating case.  Shapiro does a terrific job of dropping hints and taking the reader down one road and then taking a sharp turn to throw the reader off.  Being a big fan of solving mysteries I was thrilled that I could not solve the mystery until the end.

Joanie Gray hires Tracey to find her missing best friend, Cynthia. The police do not seem overly concerned and have no suspects.  Cynthia is 36 years old, married with two children, who has literally just disappeared.  In addition to Joanie, Cynthia’s husband, boss, aunt, and sister have no idea what has happened to her.  Unfortunately, every one of them has a skeleton hidden in their closet, making the case more challenging.  As Tracey investigates, she discovers many interconnections between the people in Cynthia’s life which leads to any suspects but no apparent motives. Tracey has her job cut out for her.

Even though this is the third in the series it works well as a stand-alone read.  If you love a good solid detective series then I encourage you to read the first two as well.  Certainly, you will not be disappointed in this cozy mystery read.