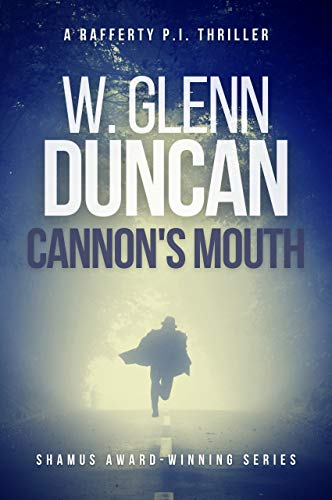 When I came across this book, I had never read anything written by W. Glenn Duncan and never heard of P. I. Rafferty.  I was in for one fun read!  Although this is the 5th book in the series I had no issues reading it as a stand-alone novel, other than at the end of it I wanted more.

Rafferty used to be a cop but is now making a living as a P.I.  As you read and as Rafferty’s personality becomes more clear, you can’t help but wonder how he ever worked for anybody.  He is very much his own person with his own set of rules. All of the characters in the book are 3 dimensional and quirky in their own way. Duncan does a good job of dropping just enough hints as to whodunnit, without the reader being able to figure it out up until the end but honestly, I found myself so interested in the characters that the suspense was more like icing on the cake.  I am a huge believer that the characters need to be as much fun as the plot and this book does not disappoint.  I am certainly ready for another book in the series!