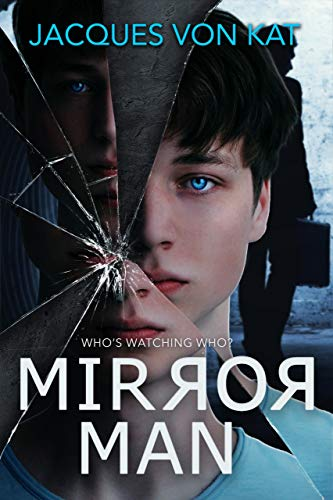 John Michael turned 21.  He is an adult now and would really like it if everyone treated him as such but growing up in a small coal-mining town in Yorkshire at a time when there was little known about autism means that he is treated more as an oddity.

The book is written from John Michael’s perspective which gives the reader a solid idea of what it is like to grow up with functional autism.  As the main character, we learn that he is gifted in watch repair, obsessed with using mirrors to see people for fear of looking them in the eye, and keenly adept at observation.  He is struggling to find his face in the world amongst strong opposition.

On the much lighter side, John Michael finds himself in the middle of a mystery that he feels is up to him to solve.  Using his skills and struggling to overcome his various issues, John Michael navigates the clues.

Von Kat has written a terrific Young Adult mystery but I also strongly recommend it for anyone trying to learn more about autism and how it can affect a mind.  The book is very well written and has a great mystery included.