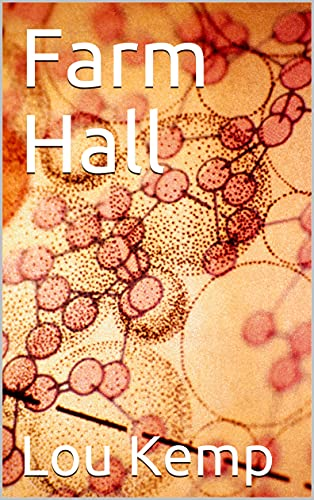 Between July 3 and January 3, 1945, a group of German scientists was housed at Farm Hall, an estate in Godmanchester near Cambridge, England.  It was believed that these scientists had been involved in the Nazi nuclear program.   Basing the story on those facts, the author begins the story with the fictional character, Major Oliver in charge of the scientists and their stay at Farm Hall.  He has set up a batman for each scientist and has full security with guards surrounding the grounds 24/7.

Shortly into their stay, Major Oliver begins to get the sense that something is not quite right. As a matter of fact, something is definitely off.  There was always a feeling lurking in the air but when one of the scientists is murdered and fish are flapping out of the water, dangling from the limbs of a tree in the yard, the Major knows that things are not as they should be.  With masterful strokes, Kemp creates a mystery in a historical setting that includes the antics of the most notorious magician to be conceived.  The Major, in fear for his career, is determined to figure out what is going on and investigate the scientists while keeping the powers above him in the dark.  This is definitely an edge-of-the-seat read!