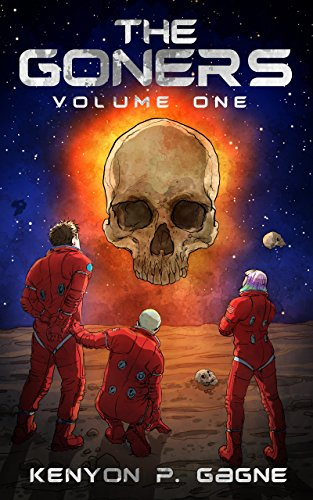 I was fascinated with the premise of this novel and really wanted to see where the author was going to go with it.  I must admit that I was pleasantly surprised with how well-written the book is and the depth at which Gagne went to set up the story.   I highly recommend it, amazing for a first-time novel, and simply put I could not put it down.

It begins with the politics of the 22nd century where living in America has become good but boring. Without anyone paying attention to what is happening in government, because who does when things are good, the government sets up the Meaningful Conclusion Program for the purpose of giving meaning to the desired result of suicide.  People who sign up for the program are called “Goners”.  The idea is why just die, why not go out in a blaze of glory as a hero, a government-sanctioned hero at that.

There are three main characters, none of which anyone would choose to be an actual hero, okay, maybe one but it would be a shallow hero.  All three are signed up for the program and the reader follows them through the entry into the program all the way through their missions to the end.  His characters have a lot of depth because he begins with each one out of the program, a few days before entry, explaining why they have chosen this path.  I am not one to want life to end, as I think it is pretty spectacular even with the tragedies that happen.  I could not have been more fascinated by their decisions.

This is not a depressing book; quite the opposite.  In learning why they wish to end their lives, we also learn what makes these people tick, what motivates them, and how once inside the program they actually train and study for their mission to die.  Needless to say, the mission is one filled with adventure, a race against time if you will, which is rather ironic given the situation.  I think that you will find this book as interesting as I did and I bet you can’t put it down either!