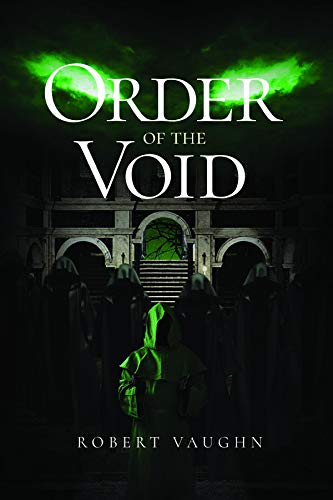 There are times when there is a thin line between reality and another plane of existence.  Vaughn’s novel makes this not only painfully clear but challenges us to be alert and aware of just what reality looks like.  The novel begins simply enough with Jeffery Bailey, a pretty average guy, trying to make a living as an internet vlogger.  For those of us that are a little older than the average person (29.6 years), this involves many hours of pursuing followers and honing your skills to get people to want to hear and see what you have to say.  It definitely takes more than just a pretty face.  Jeffery is doing well as he can support himself and is on the cusp of greatness (financial success).

Jeffery discovers his friend has died and then receives a package in the mail from his dead friend.  It is a thumb drive.  It doesn’t take long for Jeffery to figure out that what is on the thumb drive is huge, that his friend was murdered, and that there is a powerful organization manipulating and taking people out.  Scared and frustrated, Jeffery is determined to get to the bottom and make sure that the people responsible for his friend’s death are held accountable.

What follows is a tangled web of deep, dark intrigue that will rattle your senses and chill your bones.  The bizarre is out there and the ability of people to buy into it has been proven to be even greater than we ever thought possible.  We can find evidence of this in the politics of the last six years.  Vaughn does a tremendous job of keeping the story down to earth and edgy.  The tension builds to a peak and then gets even scarier.  This novel proves that there are things worse than death!