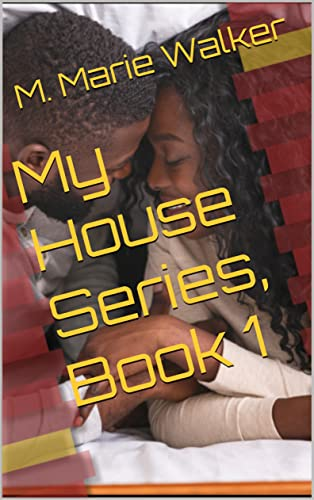 Wow, talk about lies, betrayal, abuse!  The My House Series Book 1 tells a tale of three siblings and their friends that will astonish and make you feel raw.  The first thought is that love just does not look like this, but as you read, the gnawing thought arises in the back of your mind that to a lot of people who are stressed, overworked, having financial issues, had an abusive parent, etc it just might be what they think it looks like.
Walker has done a good job of creating a story in which the main character has been seen as a role model, a knight in shining armor if you will, that has fallen from his horse.  The disillusionment of those that put him on that horse may be too much to overcome.  The characters are all complicated but aint that the way it really is?  Who is not struggling with all their own baggage while working to make it in the world?  There is so much conflict, past mistakes never going away, regret for previous and current actions, the desire to be a better person if only those around would stop the drama and let life move forward.  Throw in rape and kidnapping and you have one major hole to crawl out of.  All of us can relate to that spiral we can find ourselves inside that we just can not stop.  Can the siblings and friends climb out of the constant angst and find peace in their lives?  You will have to read this gritty, reality-based story set in Detroit.