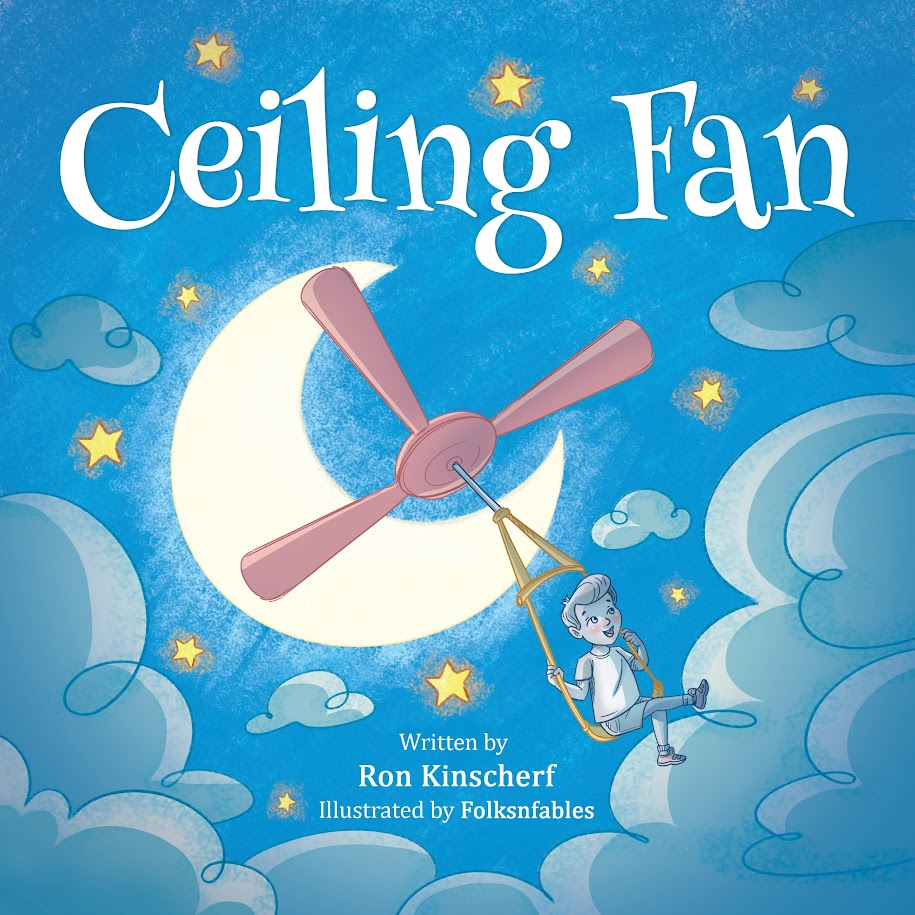 This latest book in my new favorite children’s series by Ron Kinscherf demonstrates just how creative a storyteller Kinscherf is and how far his storytelling can go.  When encouraged by his grandson to create a story about the ceiling fan in the room in which he naps, there is just no stopping him.  For the record, this is based on a true story.

David likes to sleep with the ceiling fan on and nap time is no exception.  One day while napping David is awakened by the speeding up of the ceiling fan to the point that it begins to act like a helicopter and he discovers all the control buttons are in the wall under the window.  David is able to take charge and direct the flying room to the moon where he has an amazing adventure before waking up for an afternoon snack.

A delightful book with great illustrations that is perfect for being read out loud or for those that can read by themselves.  But as is true with all terrific children’s books, the best way to read it is with at least two people so you share in the magic of the book.