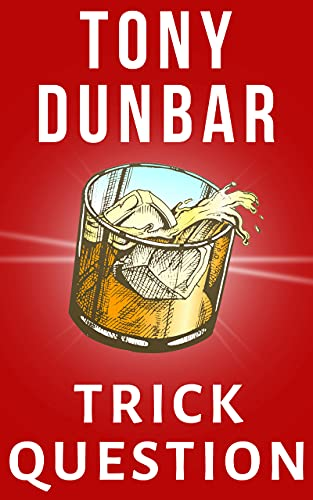 If you want to talk about having a bad day, you do not know what that means until you have read the story of Cletus Busters.  Cletus works as a janitor in a medical lab in New Orleans. One evening at work he opens the freezer where dead bodies are kept that need to be examined for various diseases only to discover that the lead scientist of the lab is frozen dead inside.  When the frozen body falls on him Cletus grabs the head to stand it back up only to find the head has snapped off in his hands.

That is when security happens to walk in the room, and calls the police, who immediately arrest Cletus for murder, and off he goes to jail.  And that is what I call a really bad day!  On top of that the lawyer Cletus hires is so drunk he can not function when he decides that he can not defend Cletus and calls on Tubby Dubonnet.  Tubby can not believe that just a few days before the trial is to begin he finds himself stuck with a murder trial of a guy who is either really stupid or cannot possibly be guilty and a police force that does not care.  This case will either make Tubby’s law career or leave him taking any case he can get.

Of course, I loved this book!  Who wouldn’t? A man is left holding a dead man’s frozen head while a security guard enters the room, too fun to not read!  Tubby is one of the funniest lawyers I have encountered in my reading selections and Cletus just cannot catch a break, with his sojourn into voodoo and previous drug arrest coming into the picture.  Grab a beer and some popcorn while you sit in one place and turn the pages until the end!