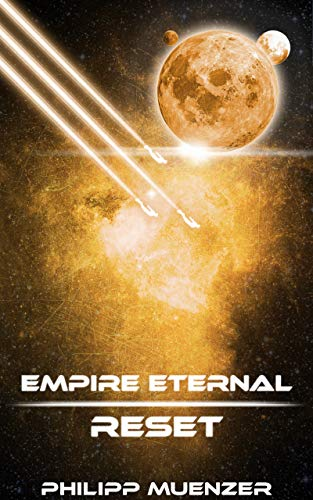 If you like science fiction and fantasy, this is the perfect book for you!  Muennzer does a masterful job of combining the two genres.

A talented warrior named Korbin awakes after victory in the last human battle having suddenly experienced extreme magic flowing through him to discover he is physically much younger.  Somehow, through the physical age reversal, he managed to maintain all the memories, wisdom, and knowledge his age and experience brought him. This transformation alone would throw most people for a loop but Korbin realizes there is no time to waste for the world is in serious danger.

Muenzer creates strong characters with internal struggles that are forced to deal with external realities they never deemed possible.  Each of the main characters is richly developed and described, leaving the reader to feel like they know them as real people. The descriptions of magic, how it is used, how it feels, and what it looks like leave the reader convinced that in the right circumstances magic would be possible.

In a very short time, Korban must convince the humans that there are others in the universe, that they will be attacked quickly, and that their only hope is to let him teach and train them.  The technology in the story is beyond amazing, even to the point of making Tony Stark’s suit somewhat of a joke.  As the story moves forward, readers will find themselves under the spell of Muenzer’s writing, not being able to put the book down, turning each page anxious to discover how the story will play out.   Just an amazing read!