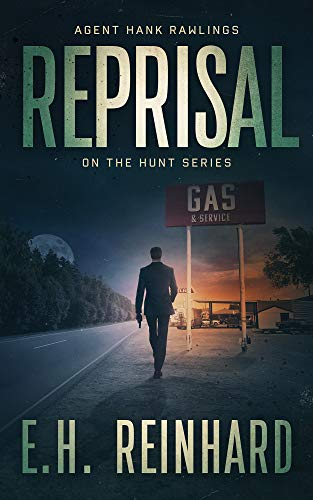 The FBI wipes out an entire family in a shootout leaving Roman Levy angry and seeking revenge.  Levy was raised a killer, he is smart and dedicated to violence.  It doesn’t help that he has done his homework and knows exactly who he needs to kill and where they live.  When an FBI agent is found murdered, Special Agent Hank Rawlings’s worst fears rise to the surface as he finds out who was killed and where the agent’s body was found.  Rawlings was part of the agency’s team that night the Levy family was believed to have been conquered.  Rawlings fears become reality when another two agents from the team are found dead.  In a desperate effort to protect the team remaining members fly to West Texas to hunt down Levy.

This is definitely an edge-of-your-seat thriller.  You will not be able to put it down with such intense suspense that is expertly written and flows smoothly across each page.  The characters are well-developed and the settings are perfect for this kind of thriller.  Reinhard does a masterful job of making everything on edge and nerve-racking.   If you enjoy a well-written criminal manhunt story this is definitely for you!